60 Minutes is an Australian version of the U.S. television newsmagazine program 60 Minutes airing on Sunday nights on the Nine Network. A New Zealand version uses segments of the show.

Adele appeared on the November 22, 2015 episode of the program.

Adele appeared on the program on November 22, 2015. She was interviewed by Liz Hayes about her comeback to the music industry. During the program, an exclusive live performance of "When We Were Young" from the Church Studios aired. Although originally intended to premiere during the episode, a snippet of the performance appeared in an ad on November 16, prompting the performance to be uploaded to Vevo in full the following day. 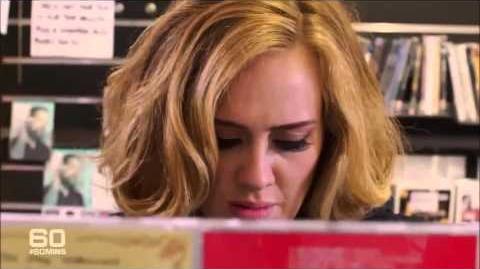