Keys performed live with Adele at the 2008 Black Ball, where they sang Bob Dylan's "Make You Feel My Love" and "Hometown Glory," both taken from Adele's debut album, 19. In 2011, Swizz Beatz, the husband of Alicia Keys, hinted at a possible collaboration between Keys and Adele on Keys' then-upcoming album, which ended up being Girl On Fire. Although Swizz Beatz insisted on the fact that he wanted the collaboration to happen, it did not, possibly due to the fact that Adele became pregnant, or due to her busy schedule at the time and her vocal hemorrhage. Keys ended up collaborating with Maxwell and Nicki Minaj on the album instead. Adele and Keys are both big fans of one another. 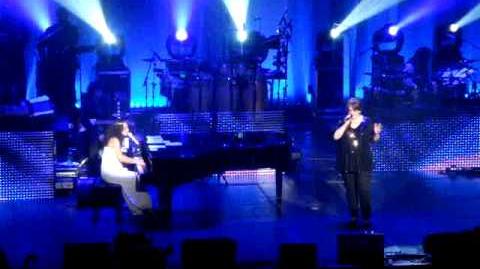