All I Want for Christmas Is You (song)

"All I Want for Christmas Is You" is a song performed by American singer and songwriter Mariah Carey. She wrote and produced the song with Walter Afanasieff. Columbia Records released it on November 1, 1994 as the lead single from her first holiday album and fourth studio album, Merry Christmas. "Christmas" is an uptempo love song that includes bell chimes and heavy back-up vocals, as well as use of synthesizers. The song's lyrics declare that the narrator does not care about Christmas presents or lights; all she wants for Christmas is to be with her lover.[1] Since its 1994 release, the song has been critically acclaimed and has become a Christmas standard. It is currently one of the best-selling singles of all-time. 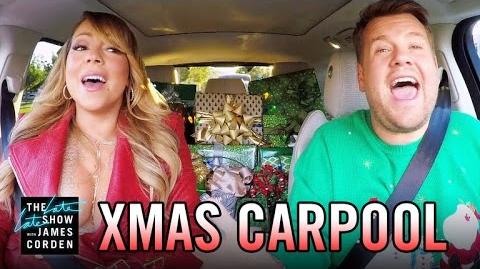 'All I Want for Christmas' Carpool Karaoke