Billboard (stylized as billboard) is an American music magazine, originally headquartered in New York City, New York and now owned by Prometheus Global Media. It was first published on November 1, 1894. It is distinguished as being amongst the oldest trade magazines in the world. The magazine originally focused on bill posting and outdoor amusements before specializing in the music industry in the 1960s.

Billboard maintains several internationally recognized record charts, which track the most popular songs and albums across several categories on a weekly basis. Its primary charts are the Billboard Hot 100 and the Billboard 200, respectively ranking the top songs and albums regardless of genre. Song rankings are based on digital download sales, radio airplay, and internet streaming. Albums were based solely on sales until 2014. Its data is largely based on the Nielsen SoundScan tracking system, which it has used since 1991.

Adele has covered the magazine twice.

Adele first covered the magazine in 2011, for the February 5 edition. She was photographed by Mari Sarai. This edition did not actually feature an interview with Adele, although quotes from her were included in the article, which was written by Mikael Wood. The article, entitled "Setting Fire to the Rain" (a reference to Adele's "Set Fire to the Rain"), focuses on Adele's rising success with "Rolling in the Deep" and her team's goal to help her achieve a number-one single. It also detailed the promotion of Adele's recently released 21. The full article can be read here. 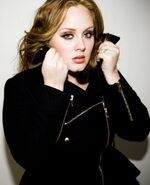 Adele covered the magazine again for the December 17, 2011 edition of Billboard after being named their Artist of the Year. (However, the Brazilian edition was not released until February of 2012.) The cover story was written by Julianne Escobedo Shepherd and can be viewed here. The front cover was photographed by Lauren Dukoff, who also photographed the entirety of the album booklet for 21.

In honor of her Artist of the Year title, an interview with Adele was published exclusively on Billboard's website and can be viewed here. She also did a photoshoot for the magazine; however, the majority of the photographs remained unpublished in the issue. Billboard instead released the photographs via their website at a later date. 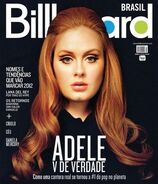 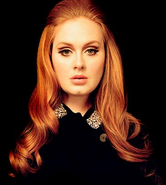 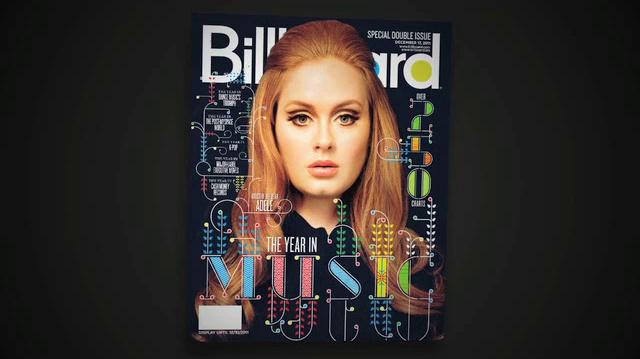 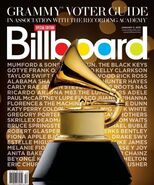