Mars is known for his stage performances and retro showmanship. He is accompanied by his band, The Hooligans, which besides playing a variety of instruments such as electric guitar, bass, piano, keyboards, drums and horns, also serves as dancers and background singers. On stage, Mars is able to sing, dance and play a wide range of musical styles, including R&B and reggae fusion.

Bruno Mars co-wrote the song "All I Ask" with Adele, Christopher "Brody" Brown, and Philip Lawrence, for her third studio album, 25. He later covered the song for his appearance on BBC Radio 1's Live Lounge.

Adele meeting Bruno Mars at his show in Germany on January 15, 2010. 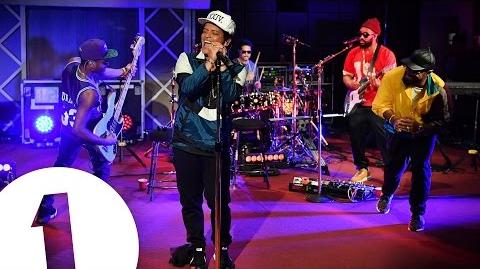 Bruno Mars covers Adele's All I Ask in the Live Lounge 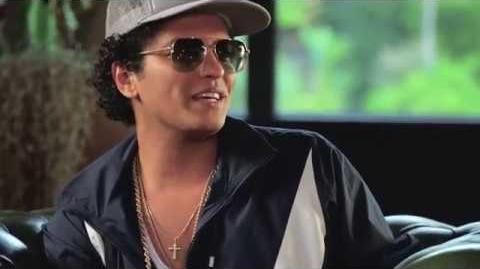 Bruno Mars on Working with Adele