"Chasing Pavements" is the second single from soul singer Adele, featured on her debut album, 19. Adele performed the song on Friday Night with Jonathan Ross on December 7, 2007. It was released digitally in Ireland on January 13, 2008 and entered the Irish singles chart at number 26 through download sales alone. Having received a physical release, the single then leaped nineteen places to number seven, where it peaked. On January 20, the single entered at number two in the UK singles chart on downloads alone. "Chasing Pavements" was the 27th best selling single of 2008 in the UK, with over 280,000 sales.

The song was inspired by an incident Adele had with a former boyfriend of six months. At 6:00 AM one morning, after learning he had cheated on her, she went to the bar he was at and punched him in the face. After being thrown out, Adele walked down the street alone and thought to herself, "What you're chasing an empty pavement."[1] She sang into it and recorded it on her mobile phone and arranged three chords when she got home. In May 2008, she expanded on this statement, revealing to Q magazine that the argument culminated in her running down Oxford Street after storming out of the bar in which the dispute took place: "He didn't chase after me! So I was running, just looking at these big wide pavements stretching in front of me."[2]

Lyrically, Adele said, "It doesn't really make sense, does it? 'Chasing Pavements' is about chasing a boy—even if you know something's gonna go wrong, you really want it to go right, so you just don't give up. I can't write other people's drama, and I can't glamorize a microwave or anything like that, so I end up writing songs about things I've experienced."[1] She added that, although the song is about heartbreak, it is also very much a song of hope: "It's me being hopeful for a relationship that's very much over. The sort of relationship you hate when you're in it, but miss when you're not."[2]

Adele reiterated to The Sun in January 2008 that "Chasing Pavements" is about splitting up with her ex and having her heart broken for the first time:

In an interview with Blues & Soul, Adele discussed the songwriting process and collaboration with Eg White more in-depth:

The phrase "Chasing Pavements" is not common, and Adele used it to indicate a hopeless endeavor. At the Mercury Music Awards in London, Adele addressed the speculation indicating it was about chasing gay men, saying, "Some weirdo on the Net wrote that 'Chasing Pavements' was about being gay, which isn't true at all. The guy wrote it on Urban Dictionary, which I've used for years, and 'chasing pavements' was never on there before."

The song's music video, which earned a 2008 MTV Video Music Award nomination for Best Choreography, centres around a car crash (a white Peugeot 505 sedan) occurring in Hyde Park, London. It was directed by Matthew Cullen of production company Motion Theory.

It features two views: one of the real-world in which the occupants of the car are lying motionless on the pavement following the accident, and the other (during the choruses) in which the camera shows them from above. Adele is seen in the first view, inside a car with a man. She sings before getting out of the car and walking past a group of people who are running towards the crash victims. Then, she stands beside a tree continuing to sing until it ends and the victims being shown on stretchers, being wheeled away in different directions by ambulance crews tending to them. Adele is not one of the car crash victims.

In the second view, the couple "comes to life" and move as if standing up. The couple appear to reenact their relationship, starting from their first meeting when the woman dropped her scarf and the man handed it back to her. For a while they appear happy together, but it is short-lived; the man discovers that the woman had another lover. She writes something on a piece of paper and when the man reads it, he is angered, but he forgives her and they begin rekindling the passion they had before the crash. When Adele sings the chorus for the final time, the couple dance on the pavement surrounded by the onlookers, who are now also dancing. The man and the woman dance gracefully and intimately, but in spite of all the joy, they are still just two bodies lying motionless on the pavement, and are then wheeled away by ambulance crews in different directions.

In 2009, "Chasing Pavements" was nominated for three Grammy Awards. The track had received nominations in the categories of Record of The Year, Song of the Year and for Best Female Pop Vocal Performance. It won the award for the Best Female Vocal Performance, beating established singers such as P!nk and Leona Lewis, but lost out to Coldplay's "Viva la Vida" in the Song of the Year category and to Robert Plant's and Alison Krauss' collaboration, "Please Read the Letter," in the Record of the Year category. Later on in the awards show, she performed "Chasing Pavements" with Sugarland.

The song was performed by Melissa Benoist on the 2012 episode "The New Rachel" of Glee. In 2013, American R&B singer, Candice Glover performed the song on the singing competition series, American Idol, during her time as a contestant on the show. American rapper MGK also covered the song and it has over 8 million views on YouTube.

It was featured in three episodes of Hollyoaks. The song was also featured in Wild Child and 90210. 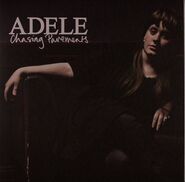 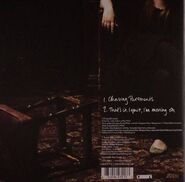 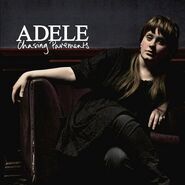 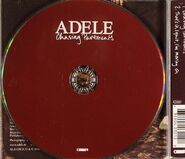 Download the ringtone and see more at Lyrics wiki!

5. https://www.youtube.com/watch?v=08DjMT-qR9g
Retrieved from "https://adele.fandom.com/wiki/Chasing_Pavements_(song)?oldid=27962"
Community content is available under CC-BY-SA unless otherwise noted.