After having a falling out with Adele, she inspired the writing of Adele's song "My Same" on her debut album, 19. Laura appeared in the audience during Adele's Live at the Royal Albert Hall concert, specifically Adele talked about "My Same." Adele has said that Laura was one of the inspirations for "Remedy," as well.

Dockrill was born and grew up in Brixton, and attended the BRIT School of Performing Arts in Croydon, where she was friends with singers Kate Nash and Adele. She has performed at gigs and festivals such as Glastonbury, Latitude, Camp Bestival, The Big Chill, udderBELLY, and the London Word Festival. She has also appeared on Newsnight Review and Woman's Hour. She is currently one of the writers-in-residence for the charity First Story. 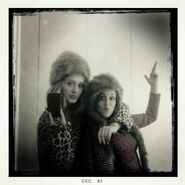 Adele with Laura at her wedding. 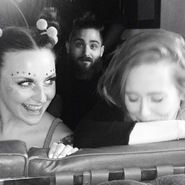 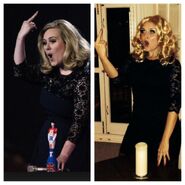 Dockrill dressed as Adele for Halloween.
Community content is available under CC-BY-SA unless otherwise noted.
Advertisement