In July 2009, Adele said she was getting new floor in her home to prepare for the arrival of her “little doglet.”[1] The dog was born on the night Adele went to see Britney Spears at the O2 in London, prompting her to consider the name “Britney” for him; however, she joked that she ultimately decided against it after her hangover ended. She also considered naming him Aaron Lennon, after one of her favorite soccer players, but ultimately decided on the name “Louie” after hearing the dog howling along to a Louis Armstrong record.[2]

Adele told People that, after adopting Louie, she purchased a new home with a park across the street so she could take him for walks there every day; however, after he was attacked by a Jack Russell terrier there, he refused to go back, much to Adele’s dismay.[3] In spite of this, Adele mentioned that Louie had other dog “mates,” including a dog named Bev that lived around the corner from her.[4]

Louie accompanied Adele to several interviews during the promotional tour for her second studio album, 21, including one with The Irish Times in which he infamously passed gas.[5][6] During the track-by-track interview for 21, Louie can be seen numerous times, most notably when Adele talks about “He Won’t Go,” explaining that the couple who inspired the song initially bonded with her over their love of dogs.[7] Louie also appeared alongside Adele in her Nylon magazine photoshoot.

Louie inspired numerous pieces of merchandise on Adele’s official online store during the 21 era, including bags, mugs and T-shirts. In 2011, Adele told The Daily Star that Louie was the “love of [her] life” before joking that he would be the subject of her third album.[8] Adele even expressed interest in buying another dog in 2012 as a “sister” to Louie and naming it Ella after jazz singer Ella Fitzgerald.[3] However, after becoming pregnant with her son Angelo, she presumably did not follow through with these plans.

Louie accompanied Adele on much of her 2016 world tour in support of her third studio album, 25. However, she did not bring him on the Australian leg of the tour after hearing of actor Johnny Depp’s issues with bringing his pet dogs into the country.[9]

Early on in the promotion of Adele’s fourth studio album, 30, some fans speculated that Louie had passed away after Adele alluded to only owning two dogs, Goldendoodle puppies named Bob and Freddie.[10][11] Her December 2021 Rolling Stone profile seemingly confirmed this when it again made reference to only two dogs.[12] In an interview with Ryan Seacrest to celebrate the release of the album, Adele implied Louie had passed away after omitting him from a list of pets she currently owned.[13] Some fans have theorized that Freddie and Bob were also named after famous musicians to pay homage to Louie.[14]

Adele with Louie as a puppy.

Louie as a puppy.

Adele with Louie during the promotion of 21. 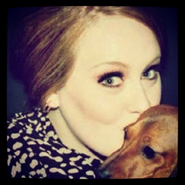 Adele with Louie during the promotion of 21.

Adele and Louie for Nylon magazine.

Adele and Louie for Nylon magazine. 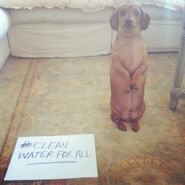 Adele backstage with Louie at her Royal Albert Hall concert in 2011. 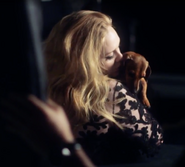 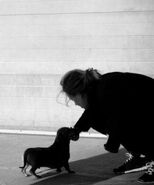 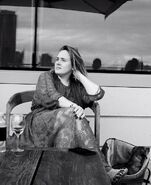 Adele and Louie relaxing during her stop in Vancouver for her 2016 world tour.

Adele and Louie in Detroit during Adele’s 2016 world tour.

Adele and Louie during Adele’s stop in Houston, Texas for her 2016 world tour.

Adele and Louie during Adele’s stop in Houston, Texas for her 2016 world tour. 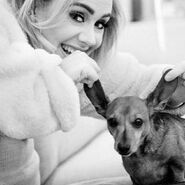 Adele with Louie in her dressing room duriing her 2016 world tour.

Adele with Louie in her dressing room duriing her 2016 world tour. 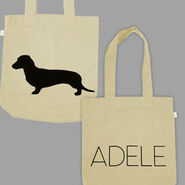 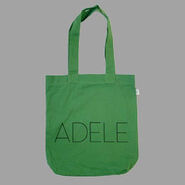 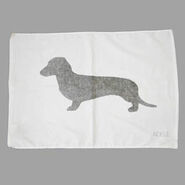 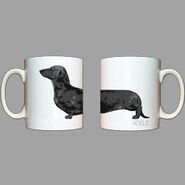 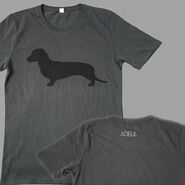 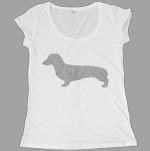