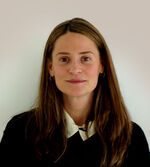 Lucy Dickins is Adele's booking agent and a member of Team Adele. She is the sister of Adele's manager, Jonathan Dickins. Adele had met Lucy after Jonathan became her manager, but remained unaware that Lucy was related to him until he told her.[1]

According to an International Talent Booking website, Lucy has worked with countless other acts, including Jack Peñate, Jamie T, and Mumford & Sons (among others). She also has an assistant named James Simmons.[2]

Besides her brother being Adele's manager, Dickins has several other family members who have worked in the music business. Her grandfather was Percy Dickins, the man responsible for co-founding British music magazine NME and inventing the pop charts in 1952. Lucy's uncle, Rob Dickins, was the chairman for Warner Brothers in the UK for fifteen years as well and owns independent record label Instant Karma, where Jonathan Dickins had a sub-label before starting September Management in 2006.[3]

Jonathan Dickins has also stated that their father (Barry Dickins, the head of International Talent Booking agency, where Lucy works) is a booking agent who, in addition to Adele, looks after Bob Dylan, Diana Ross, Neil Young, and Jamiroquai.