Saturday Night Live, often referred to as simply, SNL, is a late-night television show that blends comedy with variety performances. It originated in the United States during 1975, originally titled NBC's Saturday Night.

Adele has appeared on the show twice in her career.

Adele appeared on the show for the fifth episode of the show's thirty-fourth season, along with actor Josh Brolin. The show aired on October 18, 2008 and featured Adele performing her singles "Cold Shoulder" and "Chasing Pavements," both taken from her debut album, 19.[1] This particular episode of the show also had the largest audience for an episode of the show since March 12, 1994.[2] Sarah Palin (at the time a vice-presidential candidate) gave Saturday Night Live a ratings boost and strong exposure to Adele's performance as musical guest that same night. The following day, 19 was suddenly topping the iTunes download chart.[3]

On November 21, 2015, Adele again appeared on Saturday Night Live to promote her third studio album, 25. She performed "Hello" and "When We Were Young." 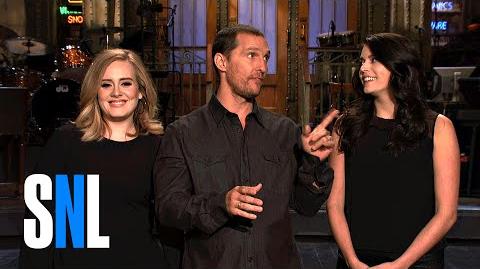 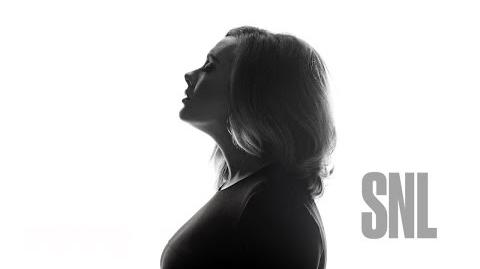 Adele - When We Were Young (Live on SNL) 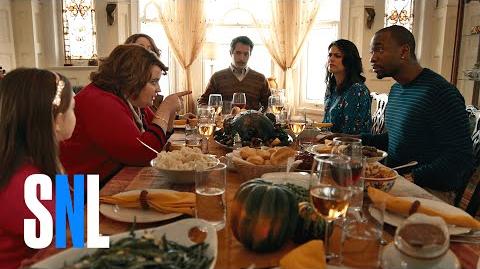 When Adele appeared on the show in 2015, the episode included a skit revolving around a bickering family at Thanksgiving dinner whose arguments were resolved solely by Adele's song "Hello." The skit heavily referenced the music video for the song.[5]

Retrieved from "https://adele.fandom.com/wiki/Saturday_Night_Live?oldid=27834"
Community content is available under CC-BY-SA unless otherwise noted.