The lyric video was created by Nick Chappell and was made to resemble the opening sequence for Skyfall, which features an abridged version of the song. 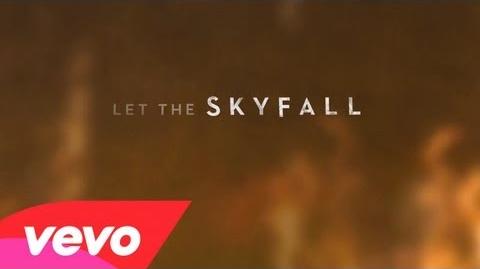