The Ellen DeGeneres Show (often shortened to and stylized as ellen) is an American television talk show hosted by comedian/actress Ellen DeGeneres. Debuting on September 8, 2003, it is produced by Telepictures and airs in syndication, including stations owned by NBCUniversal, in the United States and Canada. It is also aired on ITV2 in the United Kingdom. On January 20, 2016, it was announced that the show had been renewed for 3 additional seasons through 2020.

Adele has appeared on the show several times throughout her career.

Adele first appeared on the show on December 10, 2008, where she performed “Chasing Pavements.”[1]

On February 18, 2016, the entire episode of The Ellen Show was dedicated to Adele. She performed “All I Ask” and “When We Were Young.” During the episode, Adele discussed the technical issues she suffered during her performance at the Grammy Awards earlier in the week, and took part in a hidden camera prank at a Jamba Juice restaurant. Additional footage that was cut from the episode due to time constraints was included in a later episode and shows Adele and Ellen playing “5 Second Rule,” a recurring game on the show. 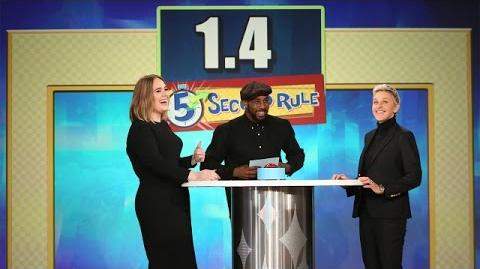 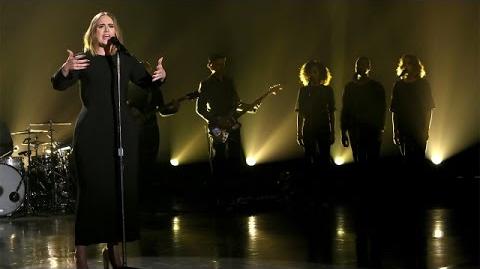 Adele Performs 'When We Were Young' 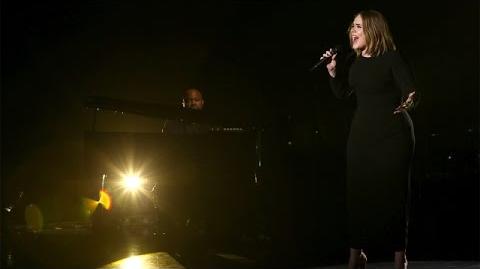 Adele Performs 'All I Ask' 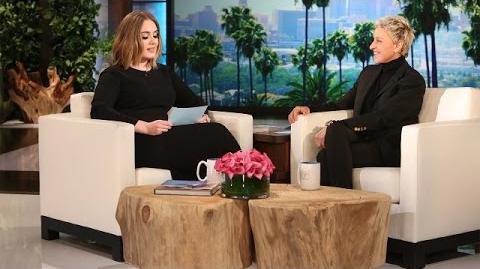 Hello, It's Adele (on Ellen's Voicemail) 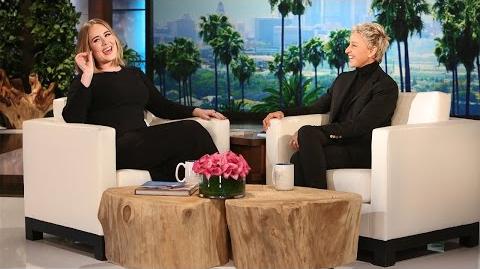 Adele Gets Candid with Ellen