The Tonight Show Starring Jimmy Fallon is an American late-night talk show hosted by Jimmy Fallon on NBC. The show premiered on February 17, 2014. It is the seventh incarnation of NBC’s long-running Tonight Show franchise, with Fallon serving as the sixth host. The show also stars sidekick and announcer Steve Higgins and house band The Roots. The program airs weeknights at 11:34 p.m. ET/PT.

Adele appeared on the show in 2015 to promote her then-new album 25.

On November 24, 2015, Adele appeared on The Tonight Show as part of her promotional tour for her album 25. She was interviewed by Fallon before playing “Box of Lies,” a recurring game on the show.

She performed “Water Under the Bridge” live for the first time during the show. She also sang “Hello” with Jimmy Fallon and The Roots using classroom instruments, although the latter performance aired at a later date. 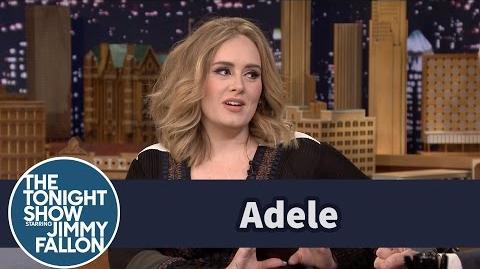 Adele Is Impatiently Waiting for New Rihanna and Frank Ocean 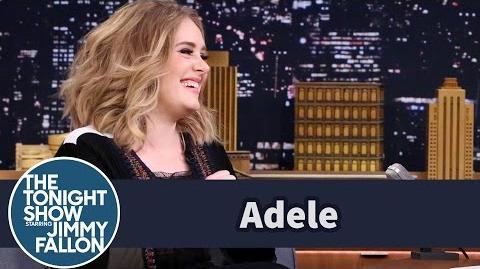 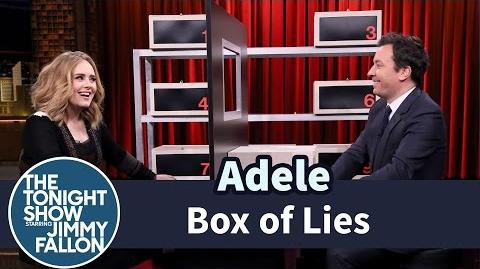 Box of Lies with Adele 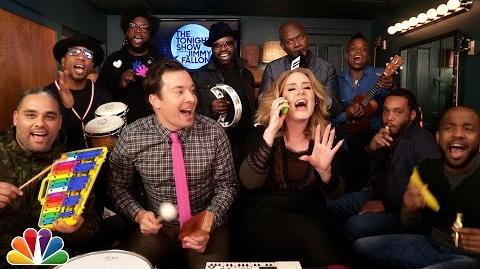