USA Today is an internationally distributed American daily middle-market newspaper that serves as the flagship publication of its owner, the Gannett Company.

Founded by Al Neuharth on September 15, 1982, it operates from Gannett’s corporate headquarters on Jones Branch Drive in McLean, Virginia, United States. It is printed at 37 sites across the United States and at five additional sites internationally. Its dynamic design influenced the style of local, regional and national newspapers worldwide, through its use of concise reports, colorized images, informational graphics, and its inclusion of popular culture stories, among other distinct features.

Adele has done two photoshoots for USA Today to promote her second and third albums, 21 and 25, respectively.

On February 18, 2011, Adele did an interview and photoshoot with USA Today in New York to promote 21. She was photographed by Todd Pitt. 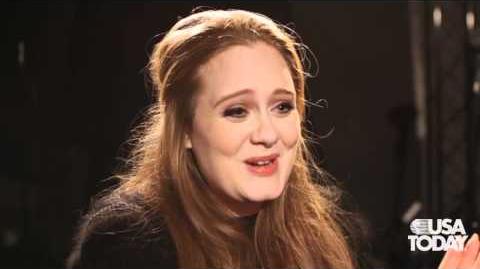 In 2015, Adele did an interview with USA Today to promote 25. She was interviewed by Elysa Gardner and photographed by Alasdair McLellan. Portions of the interview can be read here and here.