“Wannabe” is the debut single by the British girl group the Spice Girls. Written by the group members with Matt Rowe and Richard Stannard during the group’s first professional songwriting session, it was produced by Rowe and Stannard for the group’s debut album Spice, released in November 1996. The song was written and recorded very quickly; the result was considered lackluster by their label, and was sent to be mixed by Dave Way. The group was not pleased with the result, and the recording was mixed again, this time by Mark “Spike” Stent. Despite receiving mixed reviews from music critics, the song won for Best British-Written Single at the 1997 Ivor Novello Awards and for Best Single at the 1997 Brit Awards.

Adele sang the song during her “Carpool Karaoke” segment with James Corden on The Late Late Show with James Corden that aired on January 13, 2016.[1] The following day, the members of the group took to social media to praise Adele’s version of the song.[2] This is the first of two Spice Girls songs that Adele has covered; she later sang “Spice Up Your Life” during one of her shows on the Adele Live 2016 tour in support of her third studio album, 25.[3] 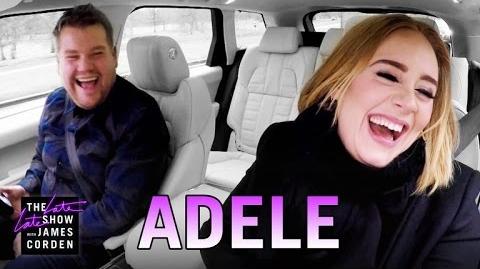