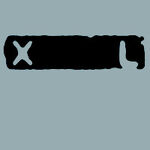 XL Recordings is a British independent record label which was launched by Nick Halkes, Tim Palmer and Richard Russell with Beggars Banquet Records in 1989 to release its rave and dance music. The label has grown into one of the most commercially successful and influential independent record labels in the world. They operate across a range of genres.

British singer Adele was signed to the record label from 2008–2015, but officially signed with Sony Music in 2016, making Columbia Records her record label in both the United States and United Kingdom. (It previously served solely as her music distributor in the U.S. and Latin America.)